It’s a cruise along the European Union’s longest river. The Danube flows through more countries than any other river in the world, and on this river cruise, we visit three.
In this episode of World’s Greatest Cruises, Lynn Elmhirst discovers the uniquely local flavors of neighboring Germany, Austria, and Hungary as we sail on an AmaWaterways river cruise from the Passau region of Germany to Hungary’s capital of Budapest. 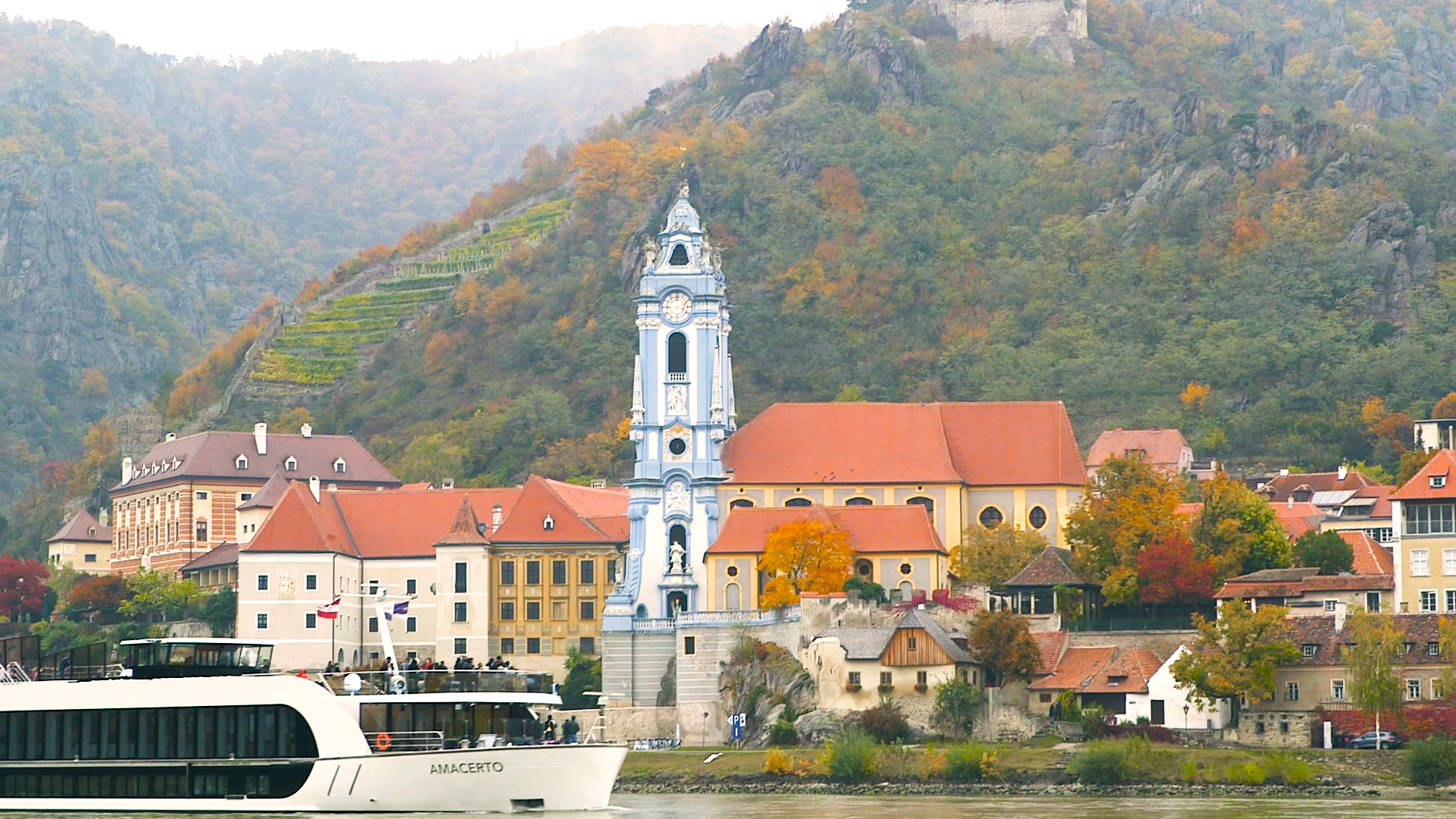 We learn about the Danube’s pivotal influence on the region. Once the outer barrier of the Roman Empire, the Danube remained the main trade and transportation route along its length. That meant most of the major cities, like Linz, Vienna, and Budapest, were built up from the river – and a river approach remains the most authentic way to experience these famous cities, as well as smaller towns and countryside in between.
On board our ship, we indulge in one of southern Germany’s best-loved traditions: a mid-morning mini Oktoberfest!
We learn how to make the oldest cake recipe in the world in Linz.
And our river cruise includes a private, evening visit to a winery in Austria’s Wachau Valley, as famous for its riverside castle scenery as it is for its ancient vineyards producing its signature white wine.
It’s not all indulgence: we borrow bicycles from our ship to ride along the riverbanks among the vineyards – and in Budapest, we ‘take the waters’ at Europe’s largest medicinal thermal spa fed by underground hot springs.