Have you seen this episode of World’s Greatest Cruises yet? We sail on the 450-guest Seabourn Quest from Montreal, to Quebec City and Canada’s French Atlantic province of New Brunswick along the mighty and historic St. Lawrence waterway. 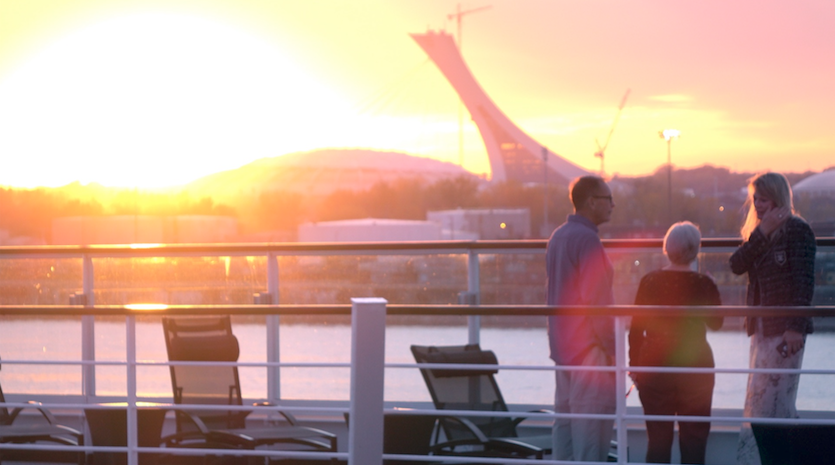 Our small-sized ship lets us begin our voyage in the most inland Quebec port on the St. Lawrence, the metropolitan city of Montreal, where we start with a pre-cruise extension to explore the world's second-largest French speaking city, famous for fashion, cuisine and joie de vivre.

Montreal's Fairmont Queen Elizabeth Hotel is where John Lennon and Yoko Ono staged their famous ‘Bed-in,' (pictured top in the video screen capture), an iconic moment in music history, which riveted international media and where Lennon composed and recorded the peace movement anthem “Give Peach a Chance.” Lynn Elmhirst tours the John Lennon & Yoko Ono suite, redesigned to capture the spirit of the Bed-in, with photos, interactive media and recordings of John and Yoko while they were in the suite, as well as photos and artifacts.

At night in Montreal, Lynn Elmhirst meets the people behind a new, large scale, nighttime video projection project found on the side’s of prominent buildings throughout the city. And rides the highest scenic wheel in Canada to 200 feet above Montreal’s Old Port. 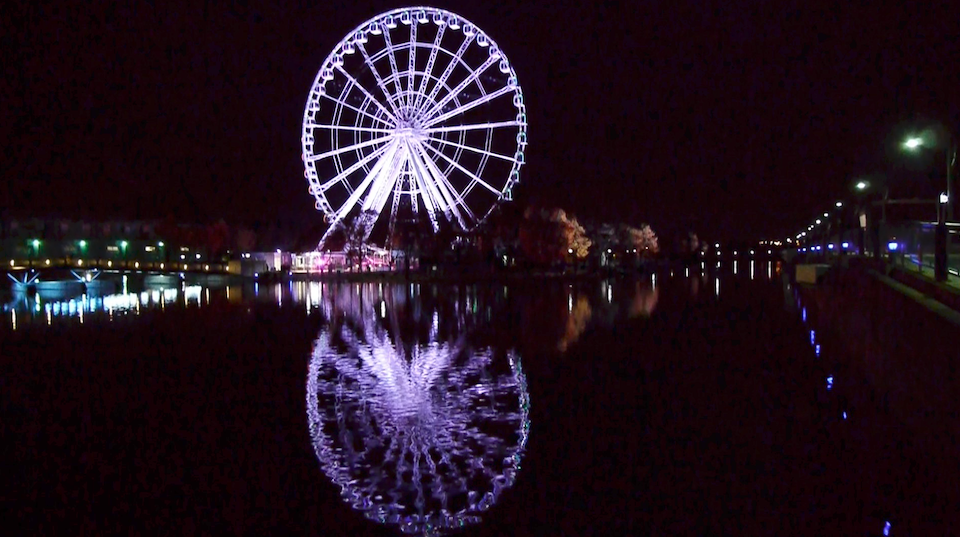 Montreal is Canada’s style capital, and we meet a Maker who’s reinventing the city’s history with fur, recycling furs sitting in the back of people’s closets into modern new fashions.

Sailing east along the St. Lawrence, we call in port at historic Quebec City, the only walled city north of Mexico. We learn why it has the most photographed hotel in the world. And we visit the first hospital built north of Mexico. The healing nun’s monastery dates back to the 1600’s and carries on a mission of welcome and healing as a not-for-profit wellness hotel and center. 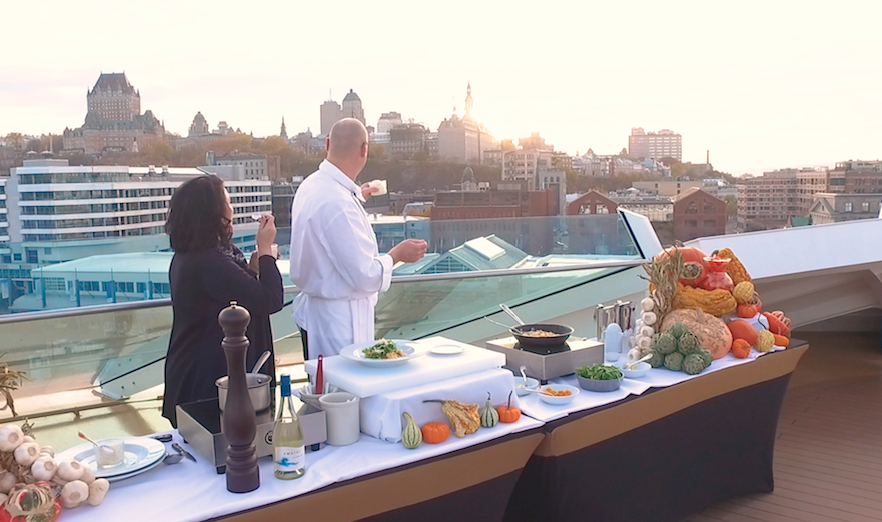 A signature moment on Seabourn cruises is Shopping with the Chef, and we accompany the ship’s chef to the market in Quebec City for local seasonal flavors, then cook up an autumn dish on deck against Quebec City’s historic backdrop.

In Atlantic Canada, we go walking in underwater caves while the world's biggest tides are out at the Bay of Fundy.

And onboard our ship, we taste  the cuisine of the shipboard restaurant of one of America’s most decorated chefs, The Grill by Thomas Keller, and celebrate another Seabourn tradition - caviar on the pool deck.

All rights reserved. You are welcome to share this material from this page, but it may not be copied, re-published, broadcast, rewritten or redistributed.