American Cruise Lines is the oldest U.S. cruise line exclusively sailing along the rivers, waterways and coasts of America, with 2023 marking a half-century of operations.
The cruise line visits only domestic ports of call along both the U.S. East and West Coasts, Alaska to Florida, and the major rivers in-between, from the Hudson to the Mississippi to the Columbia and Snake. Mississippi itineraries also explore along the Ohio, Cumberland, and Tennessee Rivers.
As American Cruise Lines celebrates its 50th anniversary, it also marks a time of great expansion for the company that introduced the modern concept of river cruise ships to U.S. waters.
The company has announced 3 new small ships, 10 new itineraries, and 21 new ports for the 2023-2024 season, exploring 35 states along 50+ itineraries, including over 11 itineraries on the Mississippi River alone.

The cruise line is also introducing two new ‘Coastal Cats.’American Eagle and American Glory also carry just over 100 guests, and will launch in August and October respectively, sailing East Coast voyages.
They are the first 2 ships in the line’s Project Blue fleet of a dozen identical sister ships. 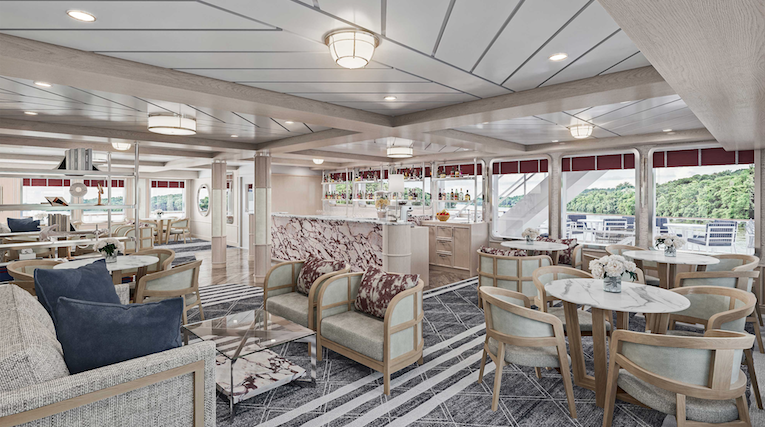 American Cruise Lines has designed a versatile, hybrid catamaran specifically for coastal cruising. With shallow drafts and stability, they are sized for New England harbors, the Atlantic Intracoastal Waterway, and are equally at home in the waters of Alaska’s Inside Passage.
Project Blue ships will allow American Cruise Lines to introduce new, small-ship itineraries around America’s coasts, lakes, rivers, bays and waterways that combine expedition-like adventure and river cruising luxury. 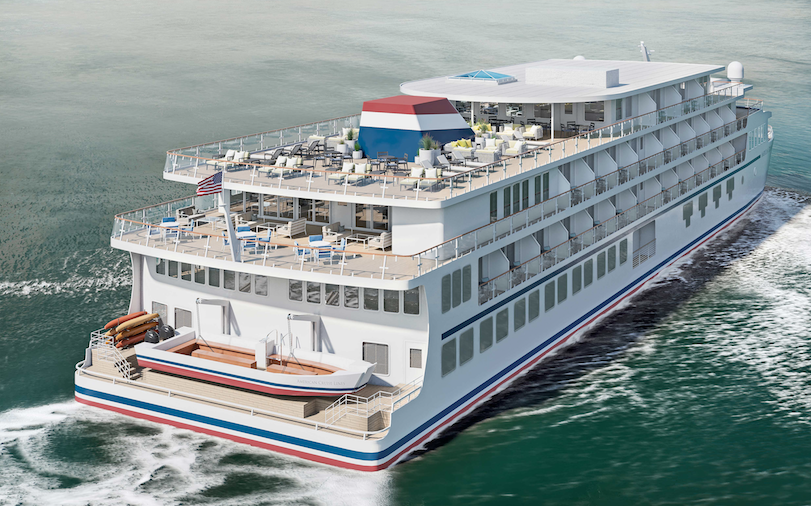 Forward observation and lounge areas inside and outside are balanced by ‘adventure decks’ aft, equipped with kayaks, tenders and other active exploration equipment for the voyage.
And, uniquely for such small ships, Project Blue Coastal Cats will also offer guests two dining venues and even room service.

Some ‘Firsts’ in New Itineraries

American Cruise Lines is introducing 10 new itineraries in its 2023-24 season, exploring 21 new ports of call
from San Francisco, CA, to Sag Harbor, NY, to Key West, FL, including with the new Project Blue Coastal Cats.
New cruises include:
·the company’s first-ever California cruise, a round-trip San Francisco Bay Cruise which highlights Napa and wine country;
·a new National Parks & Legendary Rivers itinerary which includes a cruise on the Columbia & Snake Rivers and an exploration through 3 National Parks—Glacier, Yellowstone, and Grand Teton; and
·a Tennessee Rivers cruise between Chattanooga & Nashville, TN.
In 2024, American will also offer adventurous new cruises in Florida and the Keys as well as several new itineraries highlighting coastal New England and Maine.

Whether river or coastal cruising on this cruise line, all of the staterooms on its ships and riverboats are water view and nearly all have private, furnished balconies, accessed by full-sized sliding glass doors. 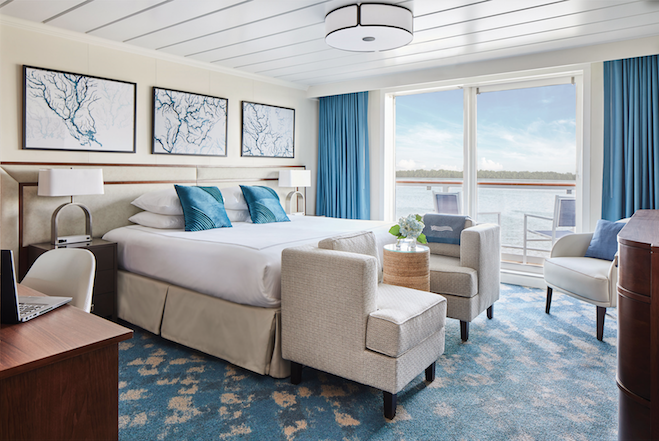 Guests can look forward to onboard fine cuisine, wine & beer with both lunch and dinner, and a festive cocktail hour with hors d’oeuvres each evening. Most ships also offer alternative casual dining, breakfast room service, and Wifi as well as onboard enrichment and entertainment.

Watch World’s Greatest Cruises on your local PBS TV station!
Images: American Cruise Lines
All rights reserved. You are welcome to share this material from this page, but it may not be copied, re-published, broadcast, rewritten or redistributed.