We cruise back in time in this episode of World’s Greatest Cruises. Specifically, to 1898, the year of the Yukon / Klondike Goldrush.
Our Regent Seven Seas cruise takes us up the Pacific Northwest coast, starting in Vancouver, and ending in Alaska. Lynn Elmhirst tries out the tree-friendly Treewalk in the botanical gardens of the University of British Columbia to get a flavor of the region’s temperate rain forest. 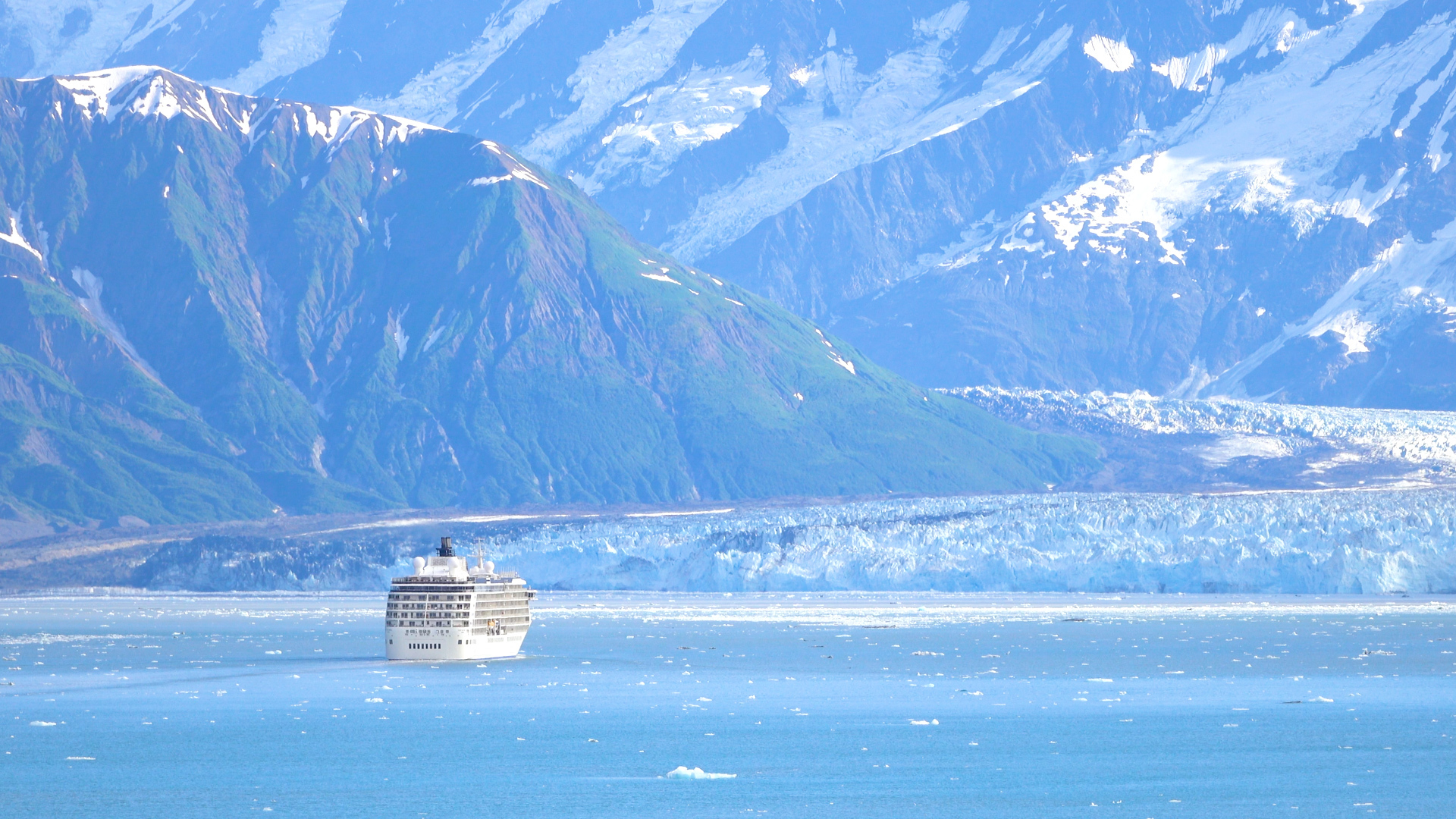 Then, we board our ship to get the best views during our sail north up the Inside Passage. At Skagway, we re-live the Goldrush in a preserved frontier town complete with an historic downtown, boardwalks, spectacular mountain and coastal scenery.Even the goldrush-era brothel is back in business – so to speak! We visit ‘upstairs’ to get a sense of what the town was like when it was considered the most lawless city in Alaska.
And we ‘get outta Dodge’ on one of the continent’s most historic train rides. On our steep climb up the pass to the Yukon border with Canada, we learn from the train’s conductor about the train’s role connecting a U.S. seaport with the goldrush in Canada.
Fast forward to modern day, and we meet a family of entrepreneurs in Skagway who are distilling vodka and gin from the town’s ultra-pure glacier water.
And on our ship, we go behind the scenes to learn about the life of a cruise ship butler. And we get a taste of cruise history when a pastry chef shares the secrets of a classic cruise dessert in its namesake destination: Baked Alaska!