Trail-blazing women is a theme of Celebrity Cruises in general, and it was a triple play at the christening of the Celebrity Beyond. The newest of Celebrity's Edge-class ships was christened by Simone Biles, nicknamed the "G.O.A.T.," or "Greatest of all Time" U.S. gymnasts, in Port Everglades, Florida on November 5th. 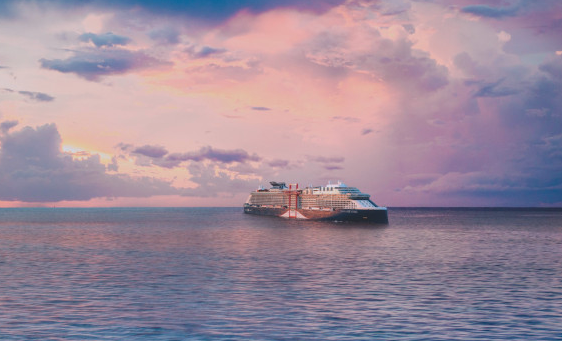 Biles is a 19-time World Champion, seven-time Olympic Medalist and most decorated American gymnast in history. In addition to the renowned godmother, the naming ceremony was also attended by Celebrity Cruises' Captain Kate McCue, who remains the first and still only American woman to be named captain of a large cruise ship.
“It is an honor to be selected as Beyond’s Godmother and to join such a distinguished group of strong, barrier-breaking women who have been named as Celebrity’s Godmothers before me,” Biles said during the ceremony.
“I appreciate the important message this designation holds in recognizing our accomplishments as empowering women, and I am honored to share the stage today with fellow brave, boundary-breaking leaders like (Celebrity Cruises' groundbreaking President and CEO) Lisa-Lutoff Perlo and Captain Kate McCue."
“I’ve been waiting for this day to arrive for a long time, and I am ‘Beyond’ excited to be able to share her with our guests. She is the gold standard by which other ships are built and embodies the meaning of relaxed luxury,” said Lutoff-Perlo. 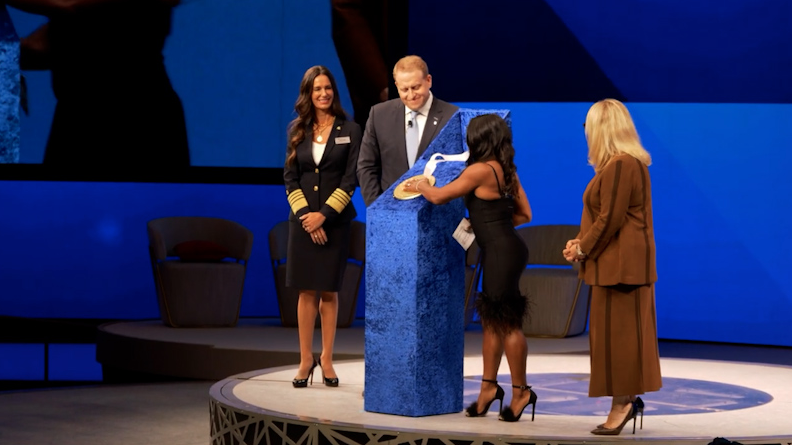 Captain Kate McCue, Jason Liberty, Simone Biles and Lisa Lutoff-Perlo at Celebrity Beyond's christening
“I can think of no one better to be the Godmother of this incredible ship than the G.O.A.T. herself – Simone Biles,” said Jason Liberty, President and CEO of the Royal Caribbean Group, which is the parent company of Celebrity Cruises.
“This ship’s beauty, power, and resilience sets the standard by which all others will be measured. Simone’s determination, progressive nature, empowered attitude, and grace in the face of challenges make her such an inspiration to so many around the world. All of these attributes are why Simone Biles is perfectly suited to watch over Celebrity Beyond’s journey,” he added. 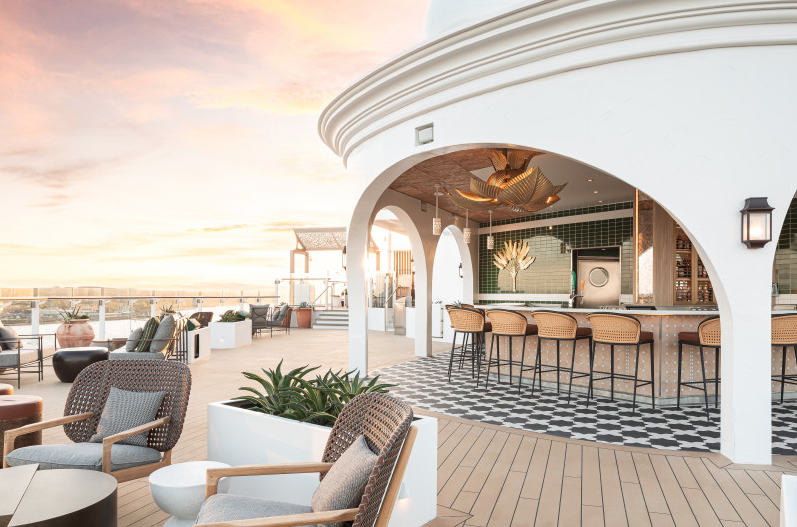 Re-defining "A Luxury Resort at Sea"

Watch World’s Greatest Cruises on your local PBS TV station!
Images courtesy Celebrity Cruises
All rights reserved. You are welcome to share this material from this page, but it may not be copied, re-published, broadcast, rewritten or redistributed.