On this episode of World’s Greatest Cruises, we sail from Quebec to Canada’s French Atlantic province of New Brunswick along the mighty and historic St. Lawrence waterway.
Our small-sized, luxury Seabourn ship lets us begin our voyage in the most inland Quebec port on the St. Lawrence, the metropolitan city of Montreal.
Lynn Elmhirst meets the people behind a new, large scale, nighttime video projection project found on the side’s of prominent buildings throughout the city. And rides the highest scenic wheel in Canada to 200 feet above Montreal’s Old Port.
Montreal is Canada’s style capital, and we meet a Maker who’s reinventing the city’s history with fur, recycling furs sitting in the back of people’s closets into modern new fashions.
And we step back in time, into the very hotel suite in Montreal where John Lennon and Yoko Ono held their famous 'Bed in for Peace.'
Sailing east along the St. Lawrence, we call in port at historic Quebec City, the only walled city north of Mexico. We learn why it has the most photographed hotel in the world. And we visit the first hospital built north of Mexico. The healing nun’s monastery dates back to the 1600’s and carries on a mission of welcome and healing as a not-for-profit wellness hotel and center.
We go shopping with the ship’s chef at the market in Quebec city for local seasonal flavors, then cook up an autumn dish on deck against Quebec City’s historic backdrop. 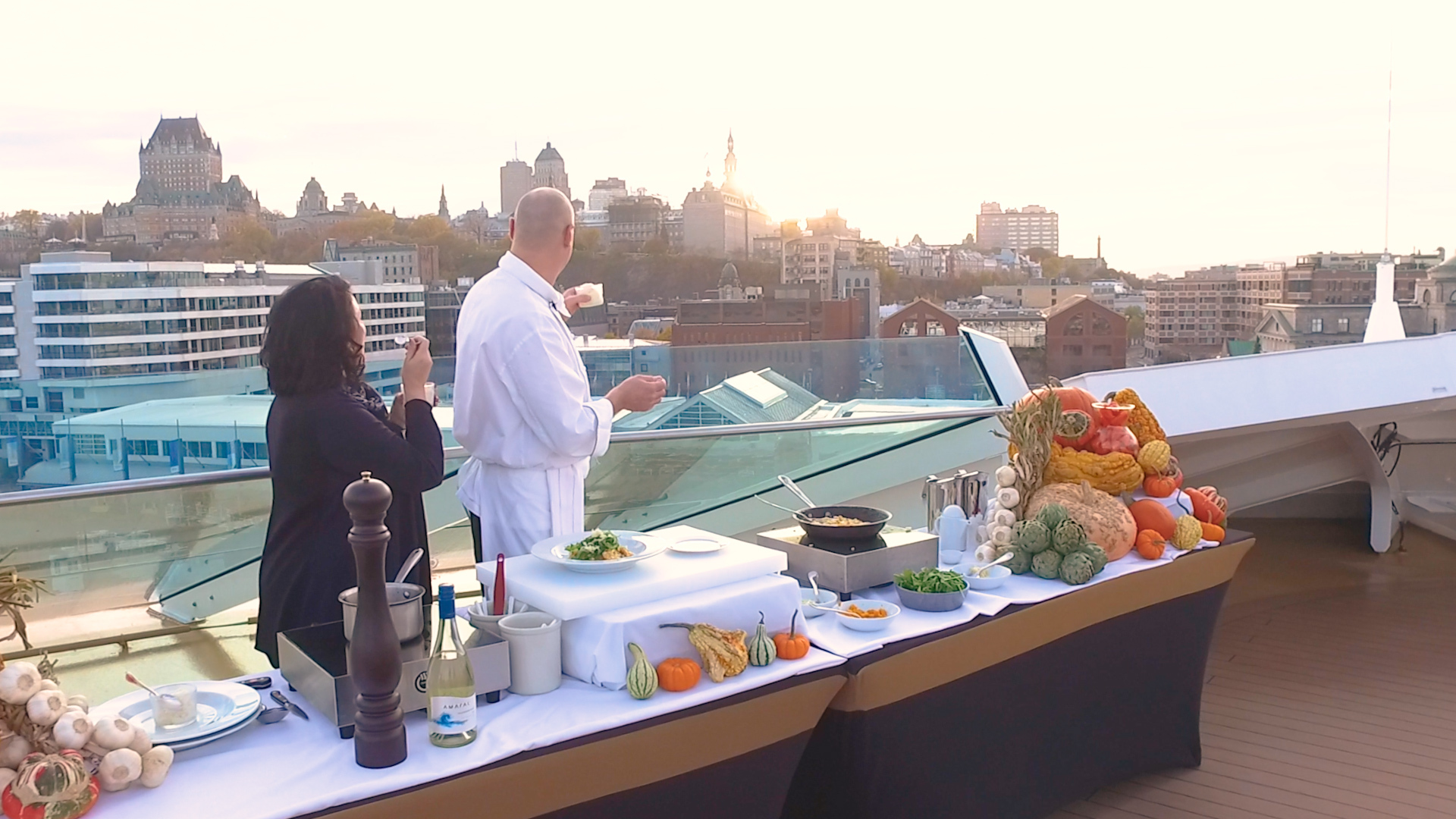 In Atlantic Canada, we go walking in underwater caves while the record-breaking Bay of Fundy’s tides are out.
And onboard our ship, we tastethe cuisine of the shipboard restaurant of one of America’s most decorated chefs, and celebrate a tradition for the cruise line - caviar on the pool deck.